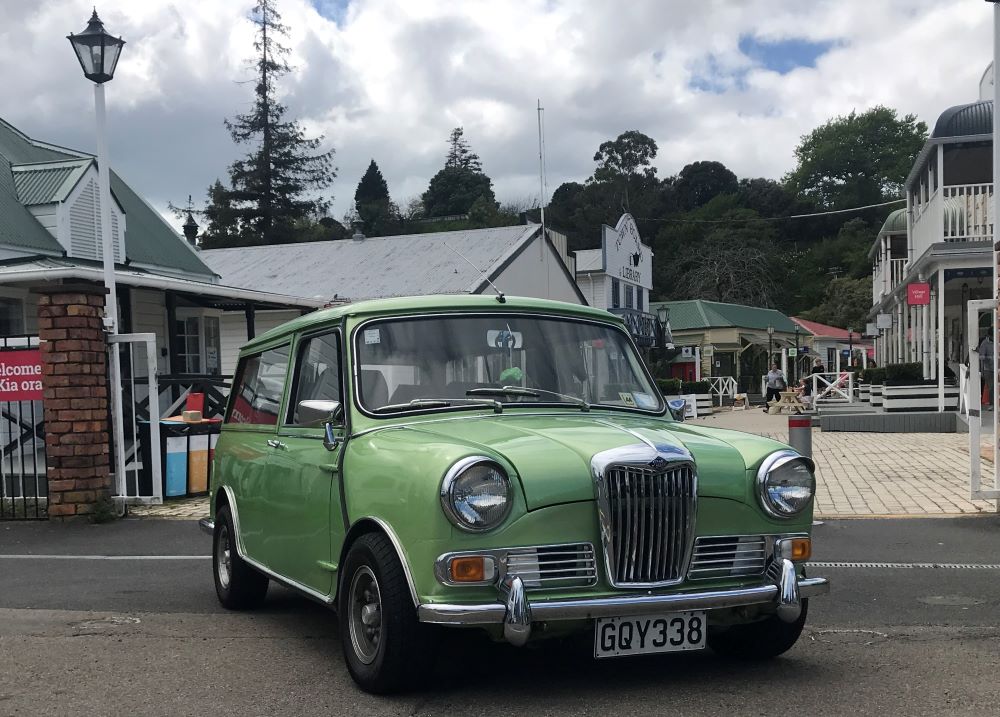 The Riley Elf was created as an upmarket “booted” saloon version of the Mini and was first released in 1961. Considered to be the ‘World's Supreme Small Car' by the motoring press at it's launch, demand for the vehicle outstripped supply of the Morris Minor. Production ceased in 1969.

An estate version of the Riley Elf was never commercially produced. This one originated as a complete knock down Mark II registered in New Zealand in 1969. It was acquired in 1998 by the late Bob Parker Snr where it became his labour of love as he transformed it to an estate using the rear end of an Austin Countryman. The wrap around bumper, custom made overiders, position of battery bay and distinctive Riley indicator assemblies are testament to the craftsmanship and time afforded this unique vehicle. It is still remembered fondly in Christchurch and Riley fraternities today.

Maintained in good running order by current owner for the past 4 years, it's time to join a new family. Available to view in Tauranga. Email Gayle for more info and contact details.